Bringing Up Your Puppy...

Bringing up your Pup.

The question I get asked most often about my adult dogs is; ‘How are his hips’. This next bit is the best information I have at this point about how to ensure your answer when your dog is adult can be;’ they are fine!’.

Currently there are thought to be three main factors affecting how good hips your dog will have as an adult.

1 Genetics;
i.e. what were the parents hips like, and the grandparents etc.

The breeders have done their best only to breed from dogs that show no sign of Hip Dysplasia. This does not mean your pup will have perfect hips, but the best we can do has been done before the pup was conceived. The parents have their hips X rayed, and a hip score certificate awarded from the Royal Veterinary College. This is done when the dogs have reached adulthood, normally 12-14 months old. This is now history, once the dog is born, the genetics can’t change, so your pup has the genes he/she is born with, and now it’s up to you to do the best from here on in.

GERMAN SHEPHERDS; It has been established that a lot of joint problems in large breed dogs are made worse by feeding food that is ‘too good’ for the young dog. This means it grows too fast, and its joints don’t have time to get strong enough, leading to serious problems. To avoid this manufacturers have formulated a series of complete dog foods for Large Breed Puppies…which make sure your dog grows at a steady rate. I will give you a list of the ones I know are good, and you choose one your pup likes. Once your dog is adult, in Shepherds their skeletons are adult at about 18 months ( their minds take somewhat longer!!) you can feed what you like, but please take my advice while your dog is young.

COCKER SPANIELS; I feed all my dogs a mixture of natural raw food ( known as the BARF Diet) and complete food. I don't like addtives in food for humans so don't like it in my dog food either. I feed Fish4dogs to everyone, from pups being weaned to old quiet dogs.

This is the most common area where I cry in the park! I see a young pup running around without a lead chasing after a ball or a stick, with a gleeful owner telling me ‘ He really needs this for an hour’ . No, no, no.
‘ Dogs need lots of exercise’. Yes they do, but not as babies!!! Would you let your 6 year old child run a marathon ?

For the first YEAR, walk your dog on a lead. Little short trips at first, building up to 20 minutes, twice a day. Play games at home, roll balls, don’t throw, as jumping , twisting and turning at speed can seriously damage their skeletons. Hips and shoulders in particular.  Don’t let them play rough games with other dogs in the park, find some sociable friend with a nice dog of the same size and let them have play time at home. This way you can call them with food treats…so they come away from their friend, without taking off to the other side of a big field. Then as adults your dog will always view you as the best thing, and enjoy the park without becoming a maniac running riot in it.

The restricted exercise has many advantages; your dog doesn’t learn that every time it has it’s lead on, it gets to go to the park and behave like ‘a wild one’. This often causes problems with a recall once the dog is a teenager. It lets you teach your dog to walk nicely on a lead.  It teaches your dog to be polite in public. Walking builds nice muscles and encourages strong bones and joints without damage.  If you want you can take the pup swimming, there are several doggie pools around now, and it is great  safe exercise, fun for the dog and you, and as long as the person running the pool is qualified, safe for your pup.

Furbie( now 3 yrs) has done all his mad exercise in his first year in a pool twice a week. He has visited the doggie park only a few times in his first year, and that’s when I want to train him to stay while there are distractions around him. Now he goes  for normal doggie walks in the park, but he is totally focussed on me and my ball thrower. He doesn’t run over to tiny dogs or scared dogs or nasty dogs…he just stays with me and waits for me to throw the next ball. No one else is frightened of him in the park, they know he doesn’t bully other dogs.

My friend has bred Giant dogs for many years, made every effort to produce healthy pups with good hips; and the tragedy was brought home to us both recently; an owner of a 9 month old Pyrenean Mountain dog rang her to say it was being seen by the specialists and had severe hip dysplasia, limping and sore. The vets asked if the parent’s hip scores were ok. They were, and then it turned out the owner had let the dog loose daily with a Boxer running up and down a hill. The vet informed the owner that what she had thought was best for her dog, had crippled it, and without two hip replacement operations it wouldn’t be walking by the time it was 2.

So, please ignore all the people you meet who say ;’needs a lot of exercise, does one of them dogs’. Walk! Play at home!

The MIND of the dogs need much more exercise than the body! Ask me about it!

Some of Our Family.. 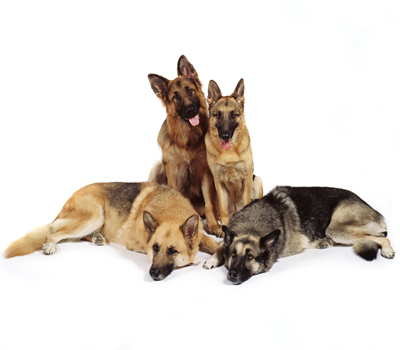 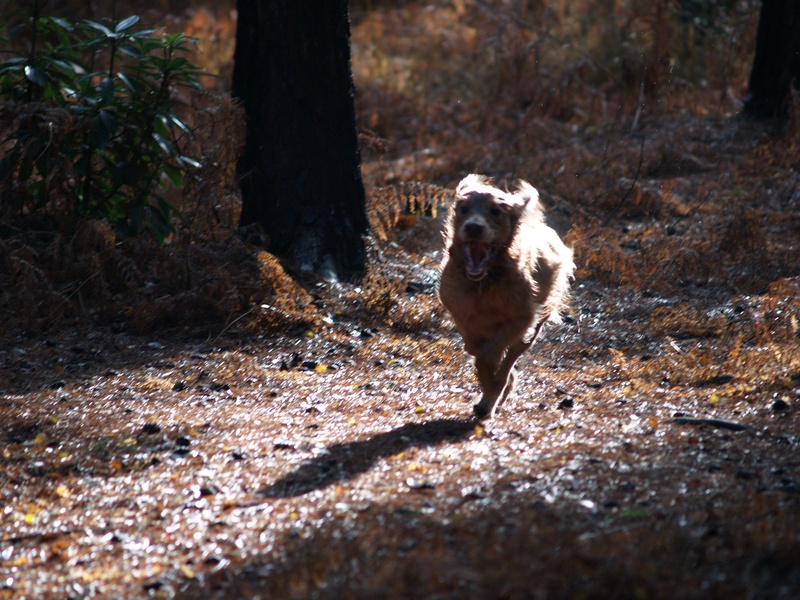